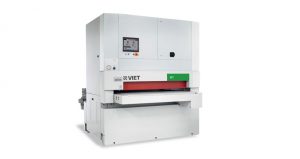 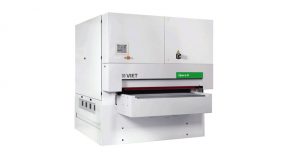 Described as the ultimate in surface finishing, the addition of an extra sanding head allows for more sanding elements to be combined. This enables users to obtain the most suitable configuration for difficult applications or for multiple applications to be carried out on the same machine.

The S2 features the SCS computerized system which operates the sander and any accessories that may be added. The system’s control panel is simple and easy to use and an ideal way to manage all aspects of the machine’s operation, including the electronic pad.

The compact cross unit is used for complex machining operations on veneered panels.

The brushing unit enables the customer to highlight the hard wood grain of processed panels.

The brushing unit with abrasive inserts can be equipped with transverse oscillation for uniform sanding quality.

There are no reviews yet.

Be the first to review “VIET S2” Cancel reply

Viet was founded in 1953 by Ettore Vichi. The company has consistently placed a strong emphasis on technology and innovation and specialises in producing machines for processing surfaces. Originally concentrating on polishing assembled components such as the cases of television sets, Viet developed into a specialised firm operating in the furniture components sector. With its sensitivity to contemporary needs at specific times in its history, Viet has consistently stood out for its ability to anticipate the requirements of the most demanding customers and to lay down new technological standards that have led to innovation in its sector.

In the 1970s, Vietbegan specialising in machines for the calibration, sanding, brushing and polishing of wood and composite materials. Since 1990, Viet has also specialised in the production of smoothing machines for components made of metal and alloys, which has further expanded the field in which the company is active.

Viet has registered numerous patents over the years. Some are considered to be milestones and constitute the foundation of countless technologies that are still used by Viet and other industries in the sector. The first electronic pad, the superfinishing pad and the Kombi unit are just some examples of how Viet has come to be acknowledged as a leader in industrial development in its sector.

Since 2011, Viet has been a brand in the Biesse Group with headquarters in Pesaro. A leader in the sector of industrial machinery, it can be found on the Star listing of the Milan stock exchange. Biesse has thus expanded its product line and considers Viet to be the flagship company in its broad technological portfolio.

Under the guidance and with the participation of the Biesse Group, Viet can now draw upon a large, efficient distribution network. Numerous branches, sales offices and distribution agencies around the world have enabled Viet to expand and enhance its activities and to operate more effectively on the market. 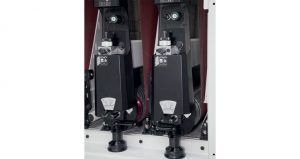 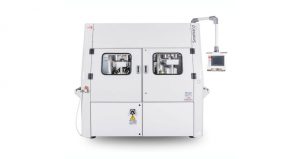 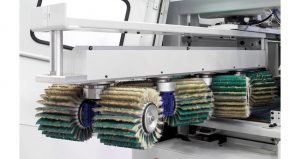 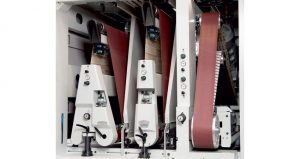 Be the first to learn about new equipment, innovation and industry updates